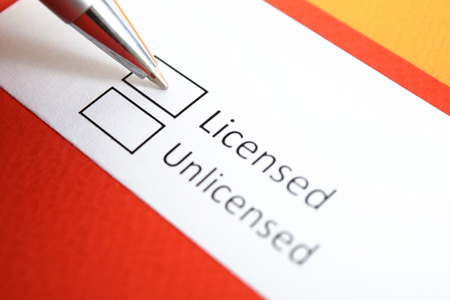 What happened to Colorado’s PI license? Colorado’s private investigator licensing program, which took effect in 2015, was approved in the prior year’s legislative session and signed into law by then- Governor Hickenlooper. This was based on verifiable consumer and public harms which occurred in previous years. The goal of the PI license law was simple: to reduce the previously and frequently occurring harms and creating an environment of proactive protections, rather than a reactionary environment where consumers and the public had no alternative but to seek redress from unscrupulous and unethical investigators.

The second commonality of private investigators is the undeniable impact that PIs regularly have both on clients and the subjects of their investigations. When clients hire private investigators, they do so with the expectation that they will have a positive resolution to their case, or at the very least be closer to a positive resolution than when they started. However, with the broad amount of specialties, backgrounds, and experience levels of private investigators, whether in a licensed environment or not, clients are still challenged with seeking recommendations, references, and ultimately making the best decision to find the best fit for their needs. PIs bear a tremendous responsibility of helping clients achieve their goals.

Though it’s easy to not look past the client’s needs, the party that generally has no choice of which if any private investigator to look into their matters is the subject. These individuals are the voiceless. It is incumbent then for private investigators to provide truthful, accurate, unbiased, ethical and politically or otherwise unadulterated information to clients.

The third commonality of our profession is that regardless of specialty or type of clientele, at one point or another in their career a PI will need to present their work product or testimony in a legal setting. We commonly work with attorneys. Just as attorneys need to be licensed and have confidentiality and ethical standards in place, so do private investigators. Without these safety components in place, the PI’s work product and testimony can be called into question or rendered inadmissible. The client could go into the legal setting completely unaware of the compromising situation the PI will create, causing harm to the client’s case at the worst possible time.

Unquestionably, the greatest amount of consumer protection a profession as a whole can provide is through the licensing of that profession. The Professional Private Investigators Association of Colorado was supportive of HB20-1207, which would have continued the licensing program in Colorado for another 5 year period. The sunset process of revisiting the need for continued regulation of any profession or occupation can serve a good purpose. If regulation is a burden, the sunset process can be beneficial to correct or remove the burdens and keep the portions of the regulation that are working correctly. Sunsets can also serve to remove the entire regulation if it is not serving its intended purpose. For the private investigator license program, PPIAC provided information to DORA, including documented harms that occurred both before licensing was put in place, as well as while the program was in place. There were clearly reductions in harms while the program was in place. Ironically, DORA recommended to sunset the entire program due to a LACK of harms. From the perspective of licensing supporters, we were pleased to hear that the program was working as intended. However, we were dismayed at the conclusion DORA reached in its sunset study.

In the veto letter explaining his decision, the Governor cited information from DORA’s Sunset Review. He then concluded that the licensing law rarely serves to protect the public from harm and instead serves incumbent license holders. The fact of the licensing law is this: the law allowed for applicants with 0 hours of experience a path into the profession as a Level 1 license. He went on to state that the law places an undue burden for new competition including retired officers of the peace. The fact of the law is this: there is a clear allowance for retired peace officers to qualify for a Level 2 license. There are no restrictions whatsoever in the PI law for retired peace officers. The Governor then raises concern about an “open book” jurisprudence exam, and states that the law does not require any continuing education or real test of competency. In fact, the licensing law allowed for DORA to develop and approve the jurisprudence exam. The “open book” portion was suggested and implemented by DORA during rules making sessions.

To make matters even more confusing, right after raising concern about the “open book” jurisprudence exam and seeming to suggest that the program would be better served with continuing education or a more robust test of competency, the next sentence of the veto letter states that the regulation does place an undue burden on new entrants into the occupation.

It becomes disconcerting then for the reader to determine whether the Governor Is recommending more stringent testing and education requirements, or less. Finally, the veto letter cites a 2011 DORA Sunrise Study as the basis for recommending a lower form of regulation for private investigators, despite more current sources of information. DORA’s own 2019 Sunset Review provided no recommendation other than to sunset the PI licensure Act. This marks the only area where the Governor’s recommendation differed from DORA’s. Unfortunately for the profession, consumers and the public, the differing recommendation still did not result in the signing of HB20-1207.

Despite the veto of the continuation of licensing, the private investigative profession in Colorado remains undeterred in its never-ending goal of raising the standard of professionalism. Whereas PI licensing is focused on consumer protection, professionalism has many more components than simply obtaining a license. This profession has long suffered from the stigma, perceptions, and misconceptions created in the movies and tv shows. For some PIs, some of these stereotypes may not be far from the truth. Is it art imitating life, or life imitating art?

Until licensing is restored, API’s recommendation to clients is to choose investigators who have been vetted. Presenting a license from one of the 44 other licensed states is the best way to show an independent vetting process. Membership in a state or national PI association that requires a background may also show the investigator has been vetted. API retains licensing in other states and are members in our state association PPIAC (The Professional Private Association of Colorado) and our national association NCISS (The National Council of Investigative and Security Services to ensure clients they can entrust us with their most sensitive of cases. Our work product and testimony will continue to be upheld in a legal setting.